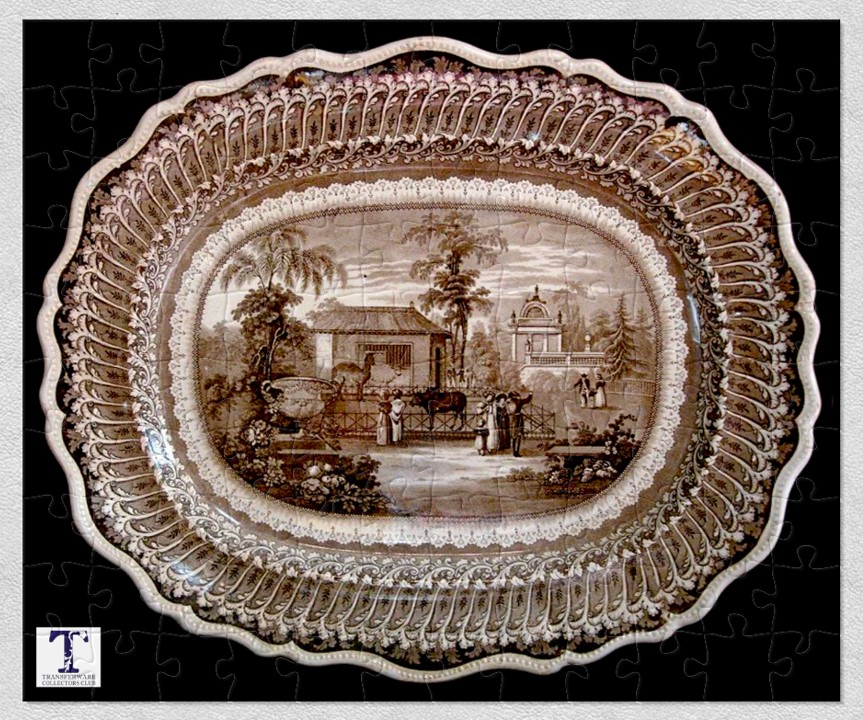 “Brahmin-Bull House, London Zoological Gardens” by Ralph & James Clews in brown, based on a published print by artist George Scharf, the elder. The animals, a cow, a camel and brahmin bull, are all ruminants, and hence were exhibited together.

The London Zoological Gardens opened on April 27, 1828, as a center for scientific research. In 1847, the Gardens were opened to the general public. The opening of the Gardens stimulated enormous interest, and the Staffordshire potters, recognizing a good market, produced series that were decorative and filled with animals, in either their natural habitat or in the zoo.

Clews, Robinson, Wood and Brownfield, and Meigh are only three of the many potters who created zoological series. It is interesting to note that the abbreviation "zoo" was first used in the late 1860s. An article discussing the series can be found on pages 7-9 in the TCC Bulletin, Winter 2000, available to members on the TCC website. This is pattern 3047 in the TCC Database of Patterns and Sources.

View All Puzzles of the Month