Other Films and Videos

Thanks to Phil Rowley of the Facebook site Potteries of Stoke on Trent for identifying many of the films listed below, available on YouTube and initially presented at the Gladstone Museum. List supplemented by suggestions from other individuals. If you have a recommendation, contact the TCC Web Administrator. 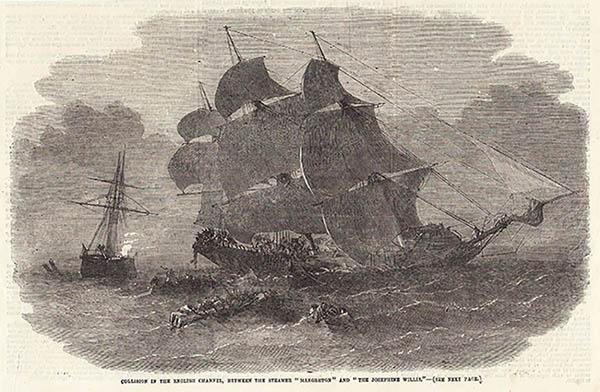 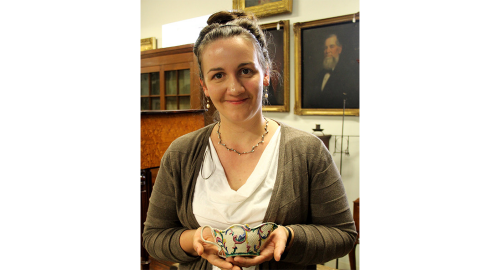 Ceramics and the Early American Frontier 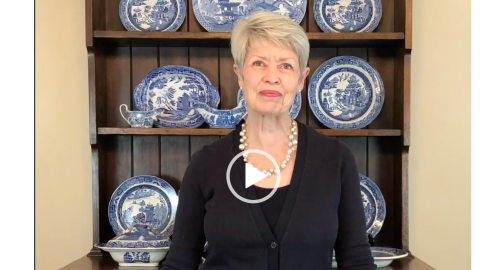 Dining with Dolley at Montpelier

In this special video from Montpelier, the home of the fourth president of the United States, James Madison, and his vivacious wife Dolley, Montpelier’s Visiting Curator of Ceramics, Leslie Lambour Bouterie, highlights the beautiful printed Chinoiserie patterns and interesting forms regularly used for dining, at Montpelier. For more information about this historic site: www.montpelier.org 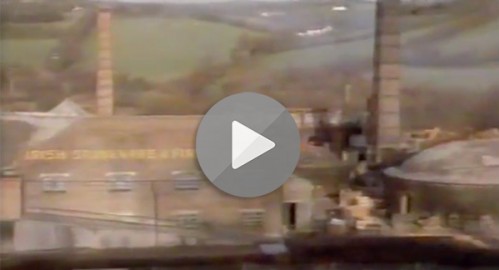 Excellent 25 minute film on Irish clay pipe manufacture, and in particular, the firing of a downdraught beehive kiln.  Great imagery and music!

Thanks to Terry Woolliscroft for bringing this to our attention.

Thank you to Terry Woolliscroft for directing us to this exciting walk through tour of the Gladstone Pottery Museum.  Those of us who have visited will enjoy “returning”, and those who have never visited will profit from this virtual visit, and hopefully will be inspired to visit in person.

Historian and author AN Wilson explores the life of his great hero, Josiah Wedgwood. As one of the founding fathers of the Industrial Revolution, Wegdwood was a self-made, self-educated creative giant, whose other achievements might be better known if he wasn't so celebrated for his pottery.

With the passing of Robert Copeland in September of 2010, the Transferware Collectors Club's production of the DVD Robert Copeland on Spode, completed just two years earlier in September of 2008, becomes a particularly important way to retain Robert's insightful comments on the Pottery Industry and the key roll Spode played in the development of underglaze printed wares and England's own version of fine porcelain: bone china.  Interviewed by ceramics scholar Deborah Skinner and captured on DVD at Chester University, England,  Robert discusses a variety of key topics related to the Spode family of potters, their products, and the times in which they prospered. Read more. 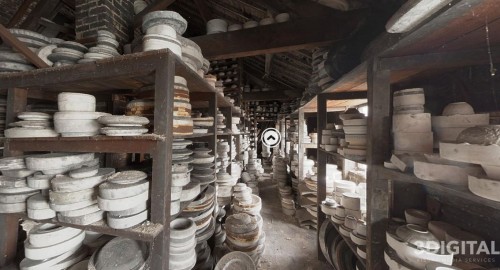 Under the direction of Professor Neil Brownsword, Staffordshire University and in cooperation with the Spode Museum Trust, the ceramic molds stored in four rooms located at the historic Spode factory site were digitized and are now available online for you to enjoy.

His Royal Highness The Prince of Wales visited Middleport Pottery on the 25th October 2011. The Prince's Regeneration Trust have embarked on an ambitious and long-term project which will see the conservation and regeneration of the entire site.

(length 01:18)
This film made before genuine colour film was available using William Friese-Greene's technique with the image being passed through colour filters onto black and white film stock : alternating frames were then stained red or green and, when projected, gave a reasonable colour effect.

View Antiques Roadshow video of a rare Liverpool jug "A North View of Govr. Wallace’s Shell Castle & Harbour North Carolina”.  Valued by the Roadshow appraiser at $8,000-$12,000, with only one other documented example known. Thanks to TCC members Cerelle Bolon and Loren Zeller.

Watch Video
Trentham Gardens Issue Title Up And Over 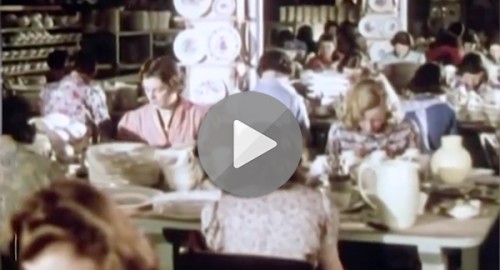 Bound By Clay: Celebrating Women’s Contribution to Ceramics in Stoke-on-Trent and North Staffordshire

Watch Video
Stoke on Trent - Past in pictures

The fifties in the UK - black and white archive of postwar Britain - streets in the Potteries and other parts of the country.

Watch Video
The Potteies in the 1960s

Excellent 26 minute film with footage of the potteries, interviews with owners and workers, and much more.

David Lawson and Ian Lowes throw two huge garden pots at super fast speed with great music at the factory of Errington Reay, Barton Mill, near Hexham, Northumberland, England. Ian uses the original fork lift to move the pots to the drying area. The original founders, Errington and Reay, established their pottery at Bardon Mill in 1878. The pots are thrown, and when dry, fired in a coal fired downdraught kiln and salt glazed.

An excellent seven minute video demonstrating the process of engraving a copper plate, and then printing from the plate. Presented by the Rhode Island School of Design.

Watch Video
English Puzzle Jugs! How were they made?

Watch Video
How to Make a Toilet

Join master potter Mark Presher as he ushers us into the past, bringing to life the fine craftsmanship of the nineteenth century potter. 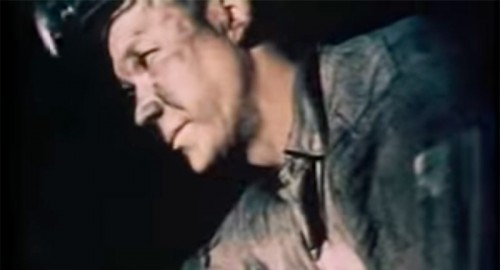 Shelton Steelworks in the 1930s

This is the only old film of Shelton Bar I have managed to locate.