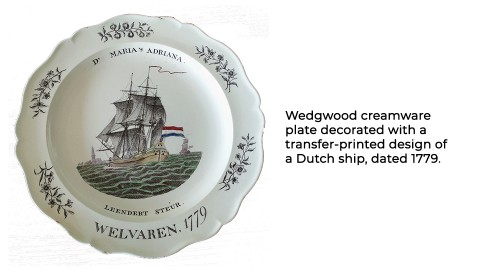 Members, please check your email in early January for the Zoom link to this lecture. Non-members are also welcome to view future Transferware Worldwide lectures: simply provide your email address to receive the Zoom links and news and information about future TCC programming.

Description: Wytze’s lecture will be about British ceramics for the Dutch market. As part of this, he will also discuss the wreck of the Pieter Anthony which perished in 1822 on the way to Surinam. 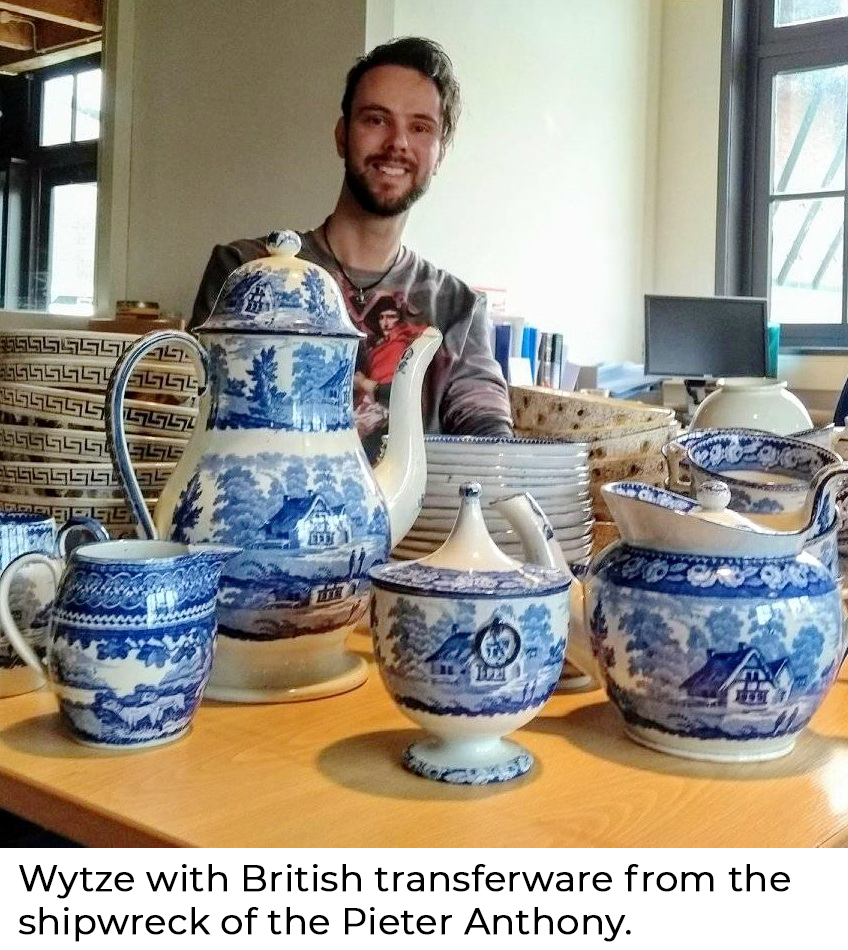 Our speaker: In 2017 Wytze Stellingwerf (1992, MA) graduated at the faculty of Archaeology at Leiden University with a study of late 18th-century politically charged ceramics and glassware in the Netherlands. This resulted in the publication of a book, called “The Patriot Behind the Pot: A Historical and Archaeological Study of Ceramics, Glassware and Politics in the Dutch Household of the Revolutionary Era.” He currently works as an archaeologist and ceramics specialist of the late- and post-Medieval period in the town of Hoorn in the northern part of the Netherlands. In addition, he regularly works at Museum Kaap Skil on the Dutch isle of Texel, where he documents finds from shipwrecks done by sport divers in the Wadden Sea and North Sea. Wytze has a great interest in the rise of the Industrial Revolution and its material and sociocultural impact in Western Europe and America, especially in the 18th and 19th centuries. Furthermore, the maritime and colonial past of the Netherlands are among his greatest interests. During his internship at the depot of the Dutch National Institute of Shipwreck Archaeology in Lelystad in 2013, Wytze came into contact with 18th- and 19th-century British transferware retrieved from various shipwrecks. This led to a never-ending fascination for the beauty and fine quality of 18th- and 19th-century British earthenware which is still abundantly available at flea markets, thrift stores and auction houses in the Netherlands. He has been collecting British pottery ever since.