Number Fourteen of an Ongoing Series by Dick Henrywood

Please note that the information below has been extensively updated and published in Volume Four of Dick Henrywood’s The Transferware Recorder (2018).

For this fourteenth outing of the series of “Highlights” I have chosen to depart from my usual obsession with views to feature a rather uncommon series of scenes from literature:

A title adopted here for a virtually unrecorded series of scenes from the novels of Sir Walter Scott, made by John & Robert Godwin of Cobridge. The series should not be confused with the well-known “Scott’s Illustrations” series by Davenport. These patterns are rather romantic in style and feature various figure groups within a wide border of flowers and ornate scrolls. The printed mark is in the form of a flower-encrusted ribbon bearing the individual pattern title with the maker’s initials J & RG (which are not always present) at the base. The patterns are found mostly on dinner wares, printed in light blue or green, but also on jugs printed in purple with rather crude enamel coloured highlights. Other colours may well exist.

The marks seen for this pattern do not have the maker’s initials.

Again, the marks seen for this pattern do not have the maker’s initials.

“The Pirate”
Platter [size not known]

The three “Waverley” patterns are different. I am not aware of any illustrations in the usual transferware literature and I am rather short of images for this series so am able to offer illustrations of only three different scenes from my own collection. Two more of the seven views listed above feature in the TCC database where members can see images of the “Old Mortality” platter in blue and the “Waverley” soup tureen in green. Note that the marks illustrated from the two jugs differ very slightly from the “Waverley” mark which has the maker’s initials. I don’t believe there is any significance in this, but it is just possible that they were not made by the Godwin firm.

This list is clearly incomplete and there must at least be more plates, platters and other dinner wares. This is one of the classic cases where TCC members should be able to expand our knowledge. Contributions should be sent to henrywoodshighlights@transferwarecollectorsclub.org, with images particularly welcome. 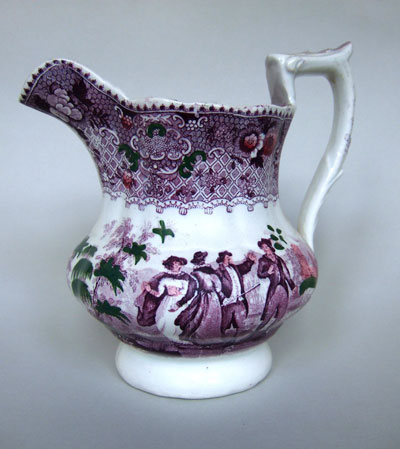 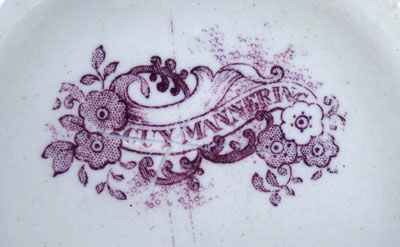 “The Monastery” jug in purple and printed title mark 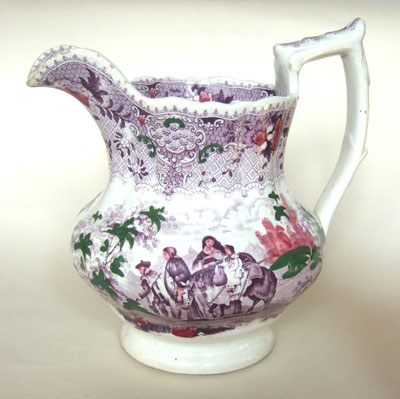 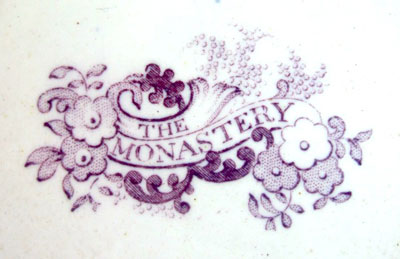 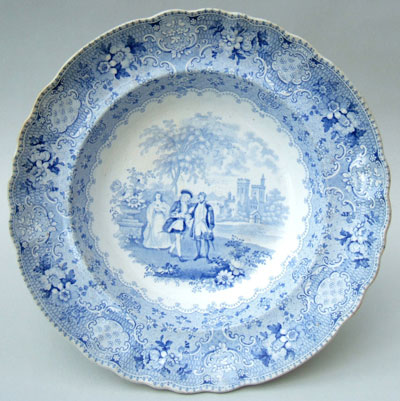 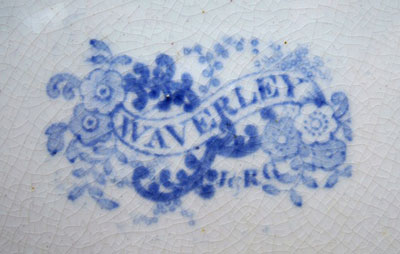