Number Twelve of an Ongoing Series by Dick Henrywood

The object of this series of articles is to record and hopefully expand our knowledge of transferware patterns, and previous pieces have produced quite variable rates of response, the last attempt drawing almost a complete blank, so let’s see if we can do any better this time.

For this outing I have chosen to feature an uncommon and rather mixed series of views which cover Britain, America and India:

A series of views by Ralph Stevenson of Cobridge which includes English, American and Indian scenes, all of which are listed below for completeness. The central views appear within a border of flower groups on a lace-like ground. The printed mark is in the form of a circular or oval frame containing the title of the individual scene and the series title, both in script, together with the maker’s initials RS. The series was produced mainly on dinner wares although one British view appears on a wine cooler and some American views are found on teawares and toilet items. Examples are known in black, blue, brown, purple and red.

As is usual in these lists an asterisk indicates a title or item that is unconfirmed. I am able to offer illustrations of five different scenes here and must record thanks to Margie Williams, Judie Siddall and Sheila Conlee. A few of the above views feature in the TCC database but there must be other platters, tureens, probably a drainer or two, and possibly other wares.  Can anyone help in eliminating some of the asterisks or add any more items or titles.  Any contributions should be sent to henrywoodshighlights@transferwarecollectorsclub.org, with images particularly welcome. I would also be very keen to hear of similar items in the “British Palaces” or “Royal Sketches” series. 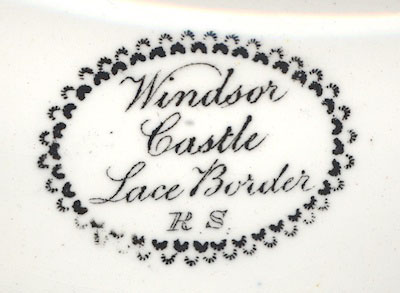 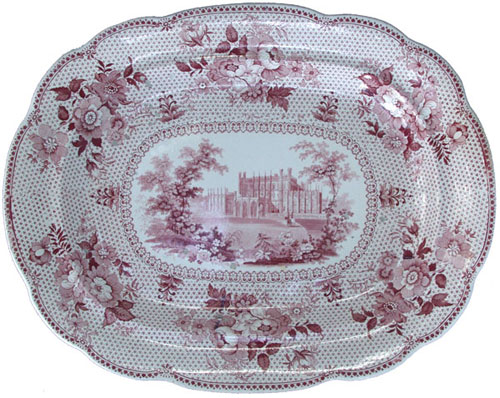 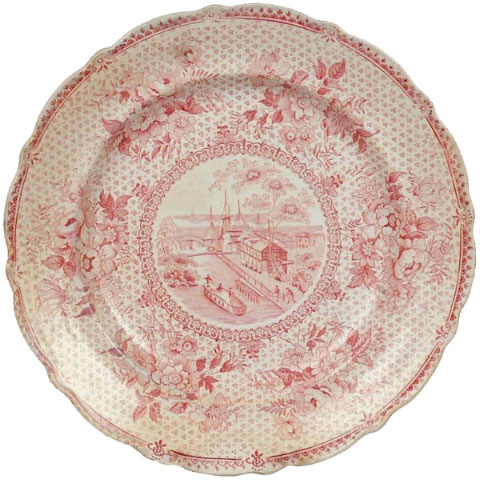 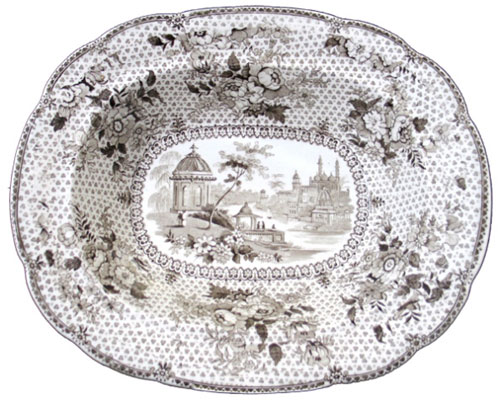 “View on the Ganges” deep dish in brown 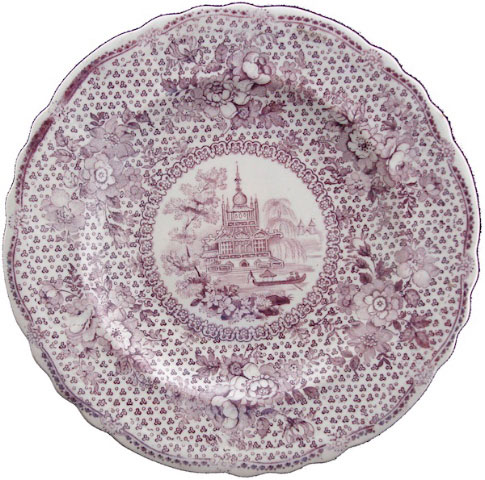 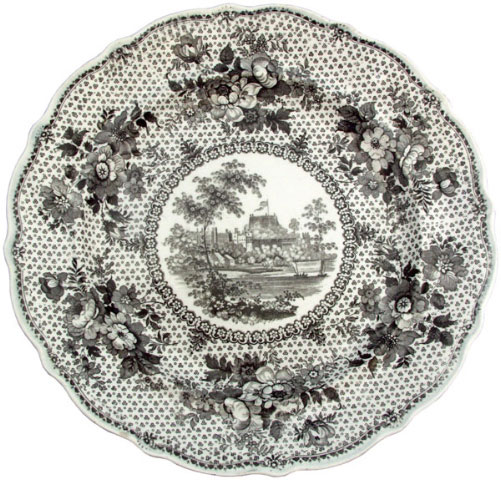