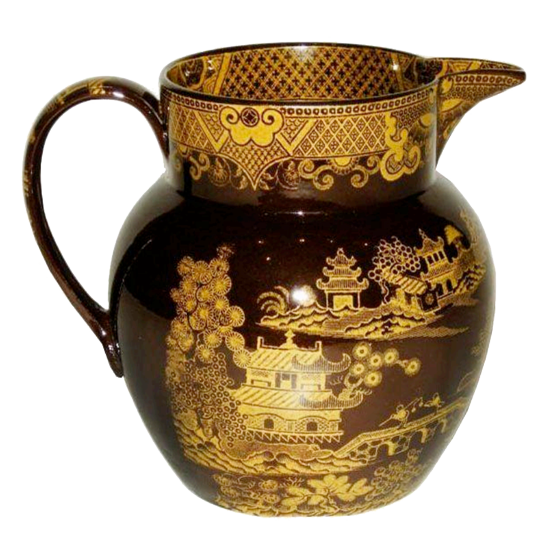 Yellow Transfer Printed Brown Ware – referred to here as YPB – is a type of transferware that has only recently been added to the TCC Database. Some collectors of transferware may not be aware of this type of transfer decoration as it is not commonly found. Over the years, I have noted a number of patterns that appeared to be Chinoiserie, or pseudo-Chinese scenes with figures, pagodas, junks, and various floral designs printed in yellow on brown jugs, bowls and plates. However, these pieces were not marked, and the patterns seemed to be generic patterns not exactly matching known blue printed transferware patterns. Collectors of willow and other Chinoiserie patterns seem to be the people most drawn to the wares. Figures 1 and 2 are two sides of a jug with such a pattern. I hadn't seen any example of that pattern printed in under glaze blue. Read Article. 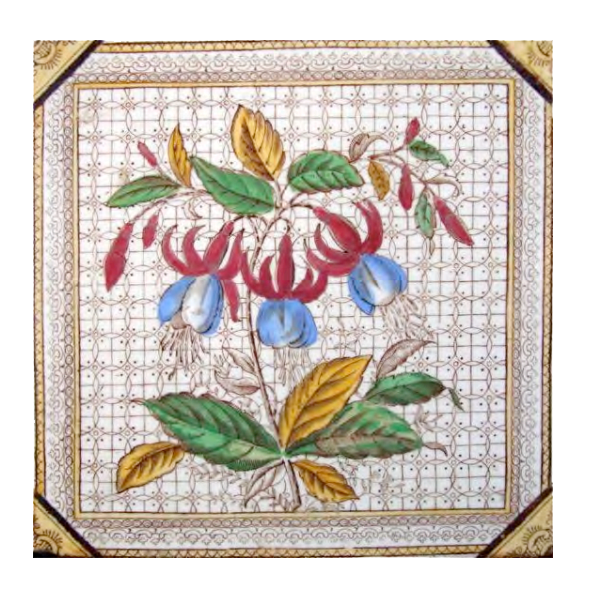 Tiles are among the earliest examples of the use of ceramic material for decorative purposes. We may think of the blue and white Dutch Delft tiles found on fireplace surrounds in the 18th century. As the popularity of tin-glazed tiles declined, the production of tiles dwindled away until the 1830s when heavy encaustic floor tiles were introduced. Other tiles used for major architectural schemes such as the adornment of walls also became popular. Our main interest is in the decorative art tile that came into its own from about 1870 to 1900, many of which were transfer-printed. Read Article.